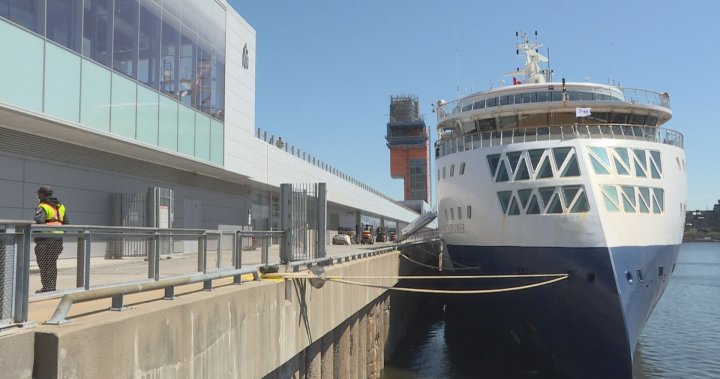 On the cobbled streets of Old Montreal, tourists were back in droves on Sunday, admiring the sights and making memories as the city’s tourist season begins.

â€œIt’s great to start traveling again. I just go crazy at home,â€ said Raj Advani, who is traveling from California with his 13-year-old daughter for a hockey tournament.

Cruise ships also made their return this weekend. The Ocean Explorer is one of the first to anchor at the Port of Montreal since 2020.

â€œWe were closed for two years because of covid. This weekend was the return of cruise ships to Montreal, so we were very excited,â€ said Port of Montreal Cruise Director Yves Gilson.

A total of 45 cruise ships are expected to dock in Montreal this spring and summer, which Gilson says is “less than usual” at about 15 ships.

The story continues under the ad

Although it’s less than usual, the cruise director said it would give the tourism industry a much-needed boost.

â€œWe calculate that this season it will bring in about $20 million for budget hotels, restaurants, taxis, museums, etc., etc.,â€ Gilson said.

Dannelle Thompson, who is coming from Atlanta for the first time, used the service to get around the city on her short trip.

â€œI love (Montreal). It’s really pretty here. People are very friendly. It is easy to get around the city. The food is really good,â€ Thompson said.

The story continues under the ad

â€œThe peak of the season will be later. June, July, August, September. But they (tourists) come back here,â€ he said.

He expects it to get even busier over the next few months, with the return of popular attractions such as Jazz Fest, F1 and Osheaga.