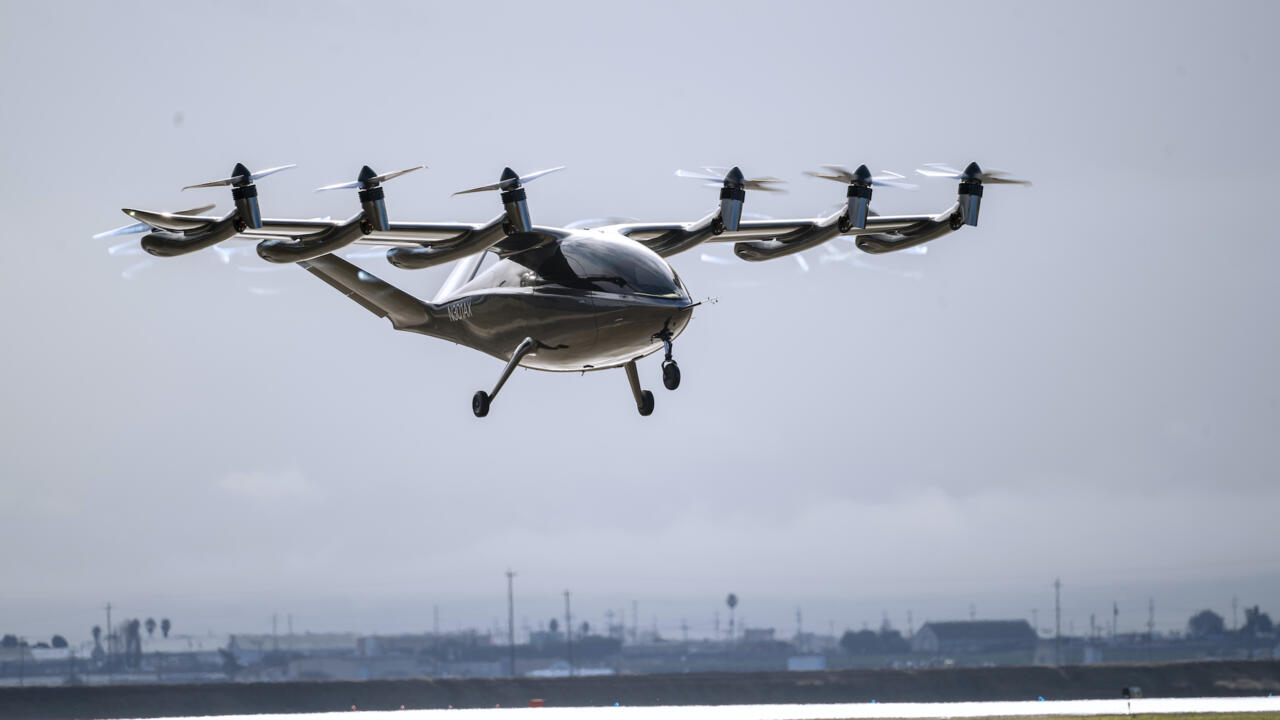 San Francisco (AFP) – As city traffic grows increasingly miserable, entrepreneurs are eyeing a future in which commuters hop on “air taxis” that take them over congested roads.

Companies like Archer, Joby and Wisk are working on electric-powered planes that take off and land vertically like helicopters and then propel themselves forward like airplanes.

“‘The Jetsons’ is definitely a reference that people do a lot when trying to contextualize what we do,” Archer vice-president Louise Bristow told AFP, referring to an animated comedy from the 1960s about a family living in a high-tech future.

“The easiest way to think about it is a flying car, but that’s not what we’re doing.”

What Archer envisions is an era of aerial ridesharing, an “Uber or Lyft from the sky,” Bristow said.

The rooftops of neighborhood parking garages or the grounds of shopping malls could serve as a departure or arrival area for electric vertical take-off and landing (eVTOL) aircraft.

Commuters would make the rest of the way as they wished, even syncing rides with ride-sharing services such as Uber, which owns a stake in Santa Cruz, Calif.-based Joby.

Joby executives said on a recent earnings call that its first production aircraft model should be in the skies later this year.

This comes despite the crash of a Joby prototype earlier this year while being tested at speeds and altitudes well above what it should handle as part of an air taxi fleet.

Joby declined to discuss details of the remotely piloted plane crash, which happened in an uninhabited area, saying he is waiting for US aviation regulators to complete an investigation.

“We were at the end of the campaign to expand flight testing to test points well above what we expect to see in normal operations,” Joby executive chairman Paul Sciarra told reporters. analysts.

“I’m really pleased to know where we are now; we have demonstrated the full performance of our aircraft.”

Its eVTOL aircraft have a maximum range of 150 miles (241 kilometers), a top speed of 200 miles per hour and a “low-noise profile” to avoid annoying noise, the company said.

“By cooperating with Joby, TMAP will become a platform operator capable of providing seamless transportation service between the ground and the sky,” TMAP general manager Lee Jong Ho said in a statement.

And Toyota has also joined the alliance, with the aim of exploring adding ground transportation to such a service there, Joby said.

Obstacles in the way include building infrastructure and adapting attitudes to make air taxis part of everyday life.

“Getting people to want to travel in a different way will take thought.”

The need for change, however, is clear, she explained.

The roads are congested with traffic that wastes time, irritates the nerves and pollutes.

“There’s nowhere for the traffic to go,” Bristow said.

Miami and Los Angeles are already exploring the potential of air ride sharing, and Archer hopes to have a small air taxi service operating in at least one of those cities by the end of 2024.

“It’s going to be a while before the infrastructure supports the massive expansion of what we’re trying to do.”

Archer announced last month that it had partnered with United Airlines to create an eVTOL advisory board.

The US airline has pre-ordered 200 Archer planes to use for “last mile” transportation from airports, Bristow told AFP.

“Imagine flying from London to Newark, New Jersey, then getting in an Archer and being dropped off somewhere in Manhattan,” Bristow said.

Silicon Valley start-up Xwing specializes in making standard aircraft that can fly safely without pilots, with the aim of turning air travel into a cheaper and more efficient means of transportation.

“We strongly believe that the industry is going through a fairly dramatic transformation,” Marc Piette, CEO and founder of Xwing, told AFP.

“In a few years you’ll start to see networks of electric plane taxis regionally or on long hauls and it’s going to be quite a different landscape.”

For Drennan, the main reason for flying is to “give people back their time”.