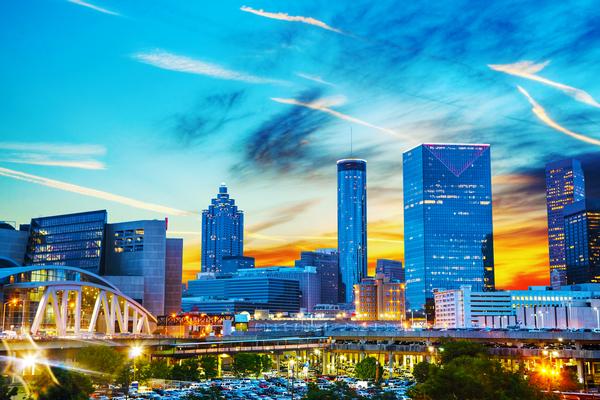 Georgia has emerged as one of the top national destinations thanks to a new multi-million dollar payback marketing and advertising campaign.

Atlanta-based Blue Sky agency created and launched “Ready. Set. Georgia”. earlier this year, and the campaign has been very effective.

In the first three months since launch, Ready. Adjust. Georgia. boosted more than 25,000 visitors and arrivals to the state, which now ranks fifth nationally in night time visits. Other achievements include a visitor engagement rate of 35%, or 15% above industry benchmarks, a more than 2,000% increase in social engagement and over 3.2 million sessions on the site. website, an increase of 620%.

“We were hopeful that our efforts to keep Georgia on their minds and hearts over the past year would make us a priority destination,” Executive Vice President Annette Sally told TravelPulse. “We wanted travelers to understand that Georgia has everything and everything they were looking for so they were ready to venture out again. Fabulous outdoor experiences and destinations, as well as bustling cities with tons things to do. Whatever they were ready, we wanted Georgia to be the answer. And it happened more than we ever imagined. Consumers came from near and far, even more so than the pre-COVID travel periods. Travelers to our beautiful state have made Georgia the fifth largest destination in the United States for overnight travel. We couldn’t have asked for a bigger or better response. “

“The needs of consumers were the main driver when developing our campaign message,” added Sally. “Our planning for this campaign began long before we ran it. We regularly monitor consumer opinion throughout the year to know when, where and how to attract them. Our main goal was to be ready when consumers were and ‘ready’ was the keyword. Understanding that consumers were ready on all fronts was the creative inspiration for the idea for the campaign: when they were ready to plan, what kind of trip they wanted to experience, and when they wanted to get out and go. “

The COVID-19 pandemic has presented its share of challenges, according to Costa. “We had to think about realistic options for our constraints, and we needed another way to develop content. We chose to leverage User Generated Content (UGC) which allowed us to capture ordinary people with extraordinary experiences in Georgia. “

The campaign also garnered a record 40% video engagement in July and an average site visit of 1:09, an increase of 380% from the spring.

“The ability to tap into a real moment gave this campaign a sense of authenticity that I don’t think we could have captured with models and shooting scenarios. We are very proud of this work and our incredible partnership with Georgia Tourism, ”said Costa.