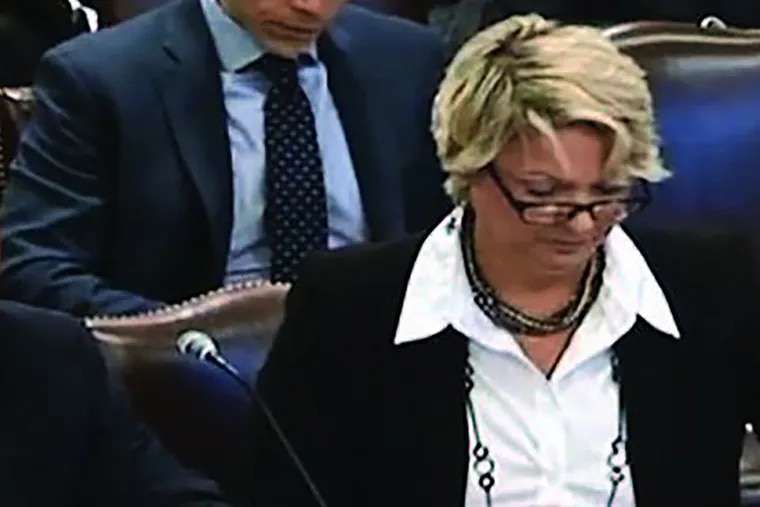 The state’s largest pension fund doesn’t have a cohesive plan for how to invest its billions. He ignored calls to improve his financial reporting. And his listeners looked away as PSERS staff took on luxury trips around the world and billed retirees and taxpayers.

These are some of the findings of a new report on governance that PSERS, the giant public school pension plan, has commissioned itself.

Adding to the dysfunction, the Funston report notes, the 15 members of the PSERS board are inundated with minutiae, buried each month by about 1,000 pages of official documents – almost the size of Leo Tolstoy’s. War and peace, according to the report, in “disorganized” formats, full of financial jargon and often impossible to find.

â€œThe more you inundate someone with minutiae, the less they get read,â€ said Charles Elson, a business leadership expert and newly retired University of Delaware professor of finance. â€œThere was obviously a failure.

The report, which cost PSERS $ 400,000, avoids the hot spots that remain under federal investigation within the big fund – the FBI and SEC have been investigating for months – and it never criticizes any fund executive by its name.

But in cautious prose, it paints a portrait of a board of directors torn by internal divisions, engrossed in relatively trivial matters and frozen on key decisions.

In general, the report documented a range of issues that have pervaded public opinion over the past year, from board schisms to its sometimes heated debates about how to invest.

In an apparent contradiction, the consultants urged the board to become more involved in shaping key policies – and to rely more on its large and highly paid executive staff.

â€œThere is so much that they want the staff to have more control over,â€ Muth said. “The board is not fully informed as it is.”

She continued, â€œGive staff more decision-making power without any input from the board? It got us where we are. There is no mystery why we have this [Funston] investigation. The board did not ask any questions.

PSERS recently released the report on its website as federal prosecutors, US financial regulators and the FBI continue to examine how the $ 73 billion fund overstated its returns on investment and made a spate of purchases. of land in Harrisburg with little public explanation. Four senior PSERS leaders, including its executive director and investment czar, recently announced their departure, culminating pressure from dissidents for a reshuffle.

Funston Advisory Services, based in the Detroit suburb of Bloomfield Township, is run by Frederick Funston, a former executive at giant consulting firm Deloitte.

His company’s work on PSERS has been carefully circumscribed. The fund’s top executives, but not the board of directors, were granted a veto over Funston’s findings, in accordance with its contract filed with the state.

Not surprisingly, the report does not blame individuals, instead focusing on solutions.

Still, the document describes how a group of rebel members of the PSERS board grew from month to month, worried about the poor performance of the fund’s investments compared to similar public funds. The plan is badly in need of more investment profits to supplement the $ 5 billion a year it receives from taxpayers and the $ 1 billion from school-of-work employees.

A minority but a growing number of administrators â€œhad expressed serious concerns about the direction of the system; their confidence in senior management; [and] the independence of their advisers, â€says the report.

These rebels, including current and former Pennsylvania state treasurers – Stacy Garrity and Joseph Torsella – recently began moving the pension fund from expensive private investments to low-cost Vanguard-style holdings, which, according to them, have performed better than time. In a major move in December, the board agreed to sell the system’s hedge funds and double the equity investments

But the PSERS still lacked “a coherent strategic plan” for its central investment role, the Funston report concluded.

Funston also noted that the PSERS board and management have been slow to adopt key recommendations to strengthen internal audit and core financial accounting, recommended by two previous elected auditors general and by an outside accounting firm and a state pension review board.

Since Funston began its review, the agency has addressed some of the issues raised by the consultant. PSERS has added auditors and initiated a more intense internal audit that it is due to review this spring.

The Funston report is remarkable for what it does not discuss.

It ruled out any examination of the â€œmiscalculationâ€ of investment returns from 2011 to 2020 that were to be reversed and unduly delayed an increase in employee contributions for 100,000 young school staff. Several board members see the miscalculation as a case study of the agency’s failure to operate effectively because the decision was made in part on the basis of unaudited financial numbers.

The report also does not include the agency’s acquisition of three blocks of downtown Harrisburg near its office for a redevelopment project that was never built.

Miscalculation and land deals are at the center of the corruption investigation by a grand jury under the U.S. Attorney’s Office in Philadelphia, according to subpoenas obtained by The Inquirer and Spotlight PA.

PSERS leaders have repeatedly refused to discuss the agency’s growing problems, including virtually silent on ongoing investigations. In a brief statement last week, the fund said it would not discuss the new consultation report either.

He said he would wait until he received a pending internal report on the matters under federal investigation. At that point, that news may well eclipse Funston’s analysis entirely.

In total, 14 of the 15 board members, or their representatives, have had at least one interview with Funston. The exception was Torsella, Governor Tom Wolf’s representative on the board and longtime critic of PSERS. He could not be reached for comment.

In its discussion of board failures, the report focused in part on travel, an area of â€‹â€‹embarrassment for the fund.

The PSERS has operated for years in a system in which it often never knew its true travel costs, The Inquirer reported. The fund would leave the job of booking tickets, hotels and meals to outside fund managers who would pay the money. But managers later buried the fees in the overall travel bills they submitted to the fund to be paid by taxpayers and teachers.

The report says the fund only had two staff to verify travel, although it promised to look into the matter in depth. The result was “a travel survey which consisted primarily of data collection and not a review of policies or forming opinions on the controls.”

As for the advice, he procrastinated. Or, as Funston put it, “the apparent inability of the CRSP to reach consensus on certain policy issues such as investment policy and travel policy, resulting in long development delays.”

After The Inquirer article was published in April, Governor Wolf and the fund acted to limit PSERS travel spending.